skip to main | skip to sidebar

It comes out before it's edited....

love it or leave it.

Stick around for more on the American economy, American politics, political humor and just a few words of wisdowm.

Tony Romo - the choke artist of the NFL 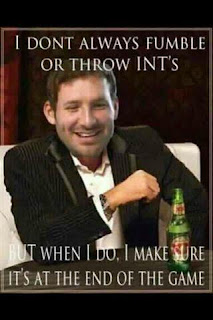 Tony's first year with the Dallas Cowboys was a good one. Ever since then, Romo has proven to be the most self destructive quarterback in the NFL. Just like other self destructive personality types, it doesn't just hurt them, they bring down everyone around them. If I have to watch Romo walk off the field staring at the ground one more time I'm going to break my new big screen.
www.MyOnlineTalentAgent.com
2 comments: 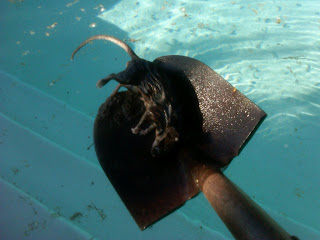 I thought rats could swim! Time to drain the pool...
No comments: 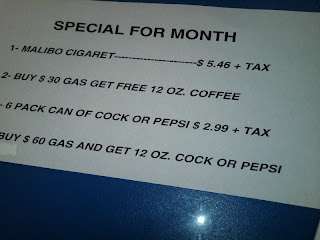 Oh, the power of an education! People keep complaining that we are educating illegal immigrants for free without them giving back to society. Well, I'm not so sure they are getting much out of it either...
No comments:

If you jump in the pool when everyone else does, you're bound to make a big splash.

If stay in the pool too long after everyone gets in, you're going to get pissed on.

If you jump in the pool while everyone is getting out, soon you'll have the whole pool to yourself.

The Courts are Unconstitutional

So now the courts can overturn and overrule the votes of the citizens of a state.

What was the point of spending the money, running the campaigns and having everyone in California vote on 'Proposition 8' regarding same sex marriage? Proposition 8 was voted for by a landslide, continuing to disallow gay marriage in California, and I guess that didn't count for anything. The courts have now overturned the vote and have said that gay marriage is now allowed in the state.
Whether you are for or against gay marriage, you have to admit that the legal system has gotten way out of hand. What is a democracy if the voice of voters can be cast out and disregarded by the voice of one judge in a court? Are we really going to give judges that much power? Am I the only one that this bothers?

We are funding the Taliban

I'm not crazy about paying a lot of taxes. I know some are necessary, and I love this country so I try to complain only a little. I also like to think the tax money I'm handing over to Uncle Sam is going to be spent benefiting me, my family and my country.

The amount of American money and lives lost in the Middle East is bothersome to say the least. I'm not against the idea of crushing a regime that strikes terror in the US and other nations. I am against failing and sitting back watching us make really awful decisions that we are paying for. Our means and methods are questionable. Is it absolutely crazy to think that we could send teams of specialist into Afghanistan and seek out the heads of these networks to tear them apart from top to bottom instead of spending so much time, money and lives chasing the ground men and bottom feeders of these terrorist groups? Is it really necessary for us to set up bases, establish our presence, tear down the place one small bomb at a time then stay and rebuild it all at a cost higher than was paid in the first place? Are we playing SIM City Afghanistan?

We did this in Japan after dropping 'The big one,' and that made sense, but does that method work in this new sand cave and dugout war? I feel like the roles have reversed. We beat the British with their uptight, single row, musket lines with our early American frontiersmen, hunter style. Now we are applying large scale, atomic war rules on a game of cat and mouse, and I don't believe it's working. It's definitely not efficient!

It's obvious there are way more skins to this onion than we have been told. Obama based his whole campaign on the speed and methods at which he would remove troops from the Middle East and now he is sending more in. Apparently the insider information as to why we need to be there is pretty compelling or Obama is just a follower instead of a leader which I don't believe is the case.

So fine; this Middle East cause is important. Can we at least do it right and efficiently? When my tax money is spent on rebuilding waterplants ran by the Taliban, I get a bit worried about our process over there. I just read in the WSJ that we have already spent over $100,000,000 of your and my tax money rebuilding one waterplant in Afghanistan of which the profits go directly to the Taliban. Does that sound like a good idea? We can't get a grip on our deficit, it could destroy our country as we know it and yet we throw around money funding the very foe we are trying to defeat. We are totally self defeating and I think it's past time our direction on this war is reevaluated!

It's time for an upgrade on the US economic policies

Why is it so hard to address the clear issues with our government's welfare and unemployment flaws?

Has the idea of shorter term unemployment benefits or a form of checks and balances been tested and failed or is it just easier to roll out billions in tax money benefits with no strings attached pushing our country so far into the red that even developing countries are afraid to buy our debt? Our policies are just way to easy to take advantage of and the US is no longer a place of common integrity and morals to allow for such free form policies to work. Of course in a perfect world, the US citizens would find their moral compass again, stick with commitments of loans, not only think of '#1', quit thinking the government owes them money and stop looking for a way to cheat the system, but I honestly don't see that happening any time soon, if ever. Not only is the backbone of Christian fibers thinner than ever in the families of modern day Americans, but also the influence of foreign customs and outlook that have become the majority in the large population cities near the coasts makes policies using the 'honor system' a joke.

People move to the US from countries in the Middle East like Iran where the government has so exploited the citizens that the people are constantly looking for a way to get the government back by working the system. This outlook on society makes the current economic policies in the US viewed as naïve and ignorant. They actually laugh at the very idea of not taking advantage of being able to walk away from a house loan if the house didn't go up in value. Especially if the insane government is going to give you a tax credit of $5,000 for selling your house short! Not taking a last minute $200,000 home equity loan right before selling the house short also would have just been a lack of good business skills instead of considered stealing and bad character. If it's allowed, it must be OK, right? After all, we can't decide what is right and wrong on our own. Why would anyone want to be like the sucker American that would actually go out and get a job after losing another job when Uncle Sam will pay you to do nothing over the next 6-12 months if you just go to interviews which you can have a temp agency set up so you don't even have to pick up the phone.

It's not just 1st and 2nd generation Americans working the system, and I don't mean to make it seem that way. The US just doesn't have the same character and true family leadership as we did in the 40's and 50's. The same rules don't apply. Shouldn't our government's economic policies respond to the manner in which they will be received? I think it's time for an upgrade in policy due to a downgrade in character.

I'm not going to just point out issues without at least giving a few suggestions for resolve:

1) If your employee is doing well, you reward them with a bonus. If your friend is down on his luck, you lend him money. We have this backwards for some reason. If you pay your taxes, loans and bills then you are the small percentage of citizens paying all the money to make the rest of the country survive. If you lose your job or walk out on an loan commitment, the US gives you free money. I think unemployment benefits should be in the form of a loan where the interest rate goes up each month and only pays out 3 months. Once you get a job, the loan payments are automatically taken out of your paycheck at a reasonable pace. If you don't get a job in the 3 months, the amount borrowed is taken from your paychecks in the same manner when you finally do get a job, but the benefits/assistance stops at 3 months. This encourages you to get a job quickly and actually makes money for the government while helping people get back on their feet.

2) If you sell your house short, your credit should drop at least 150 points, not the current 30.

3) Credit flaws should stay on your credit report 12 years instead of the current 7.

4) If Obama wants to give away free tax money - have reward programs that pay a bonus to people that pay their taxes on time a certain amount of years in a row, or for people who pay back their unemployment loans in full. This will encourage people to get on track and stay on track.

I'm a firm believer that if we continue to give benefits for doing nothing, more people will do nothing. Look at ancient Rome.